How Does a Steam Boiler Work 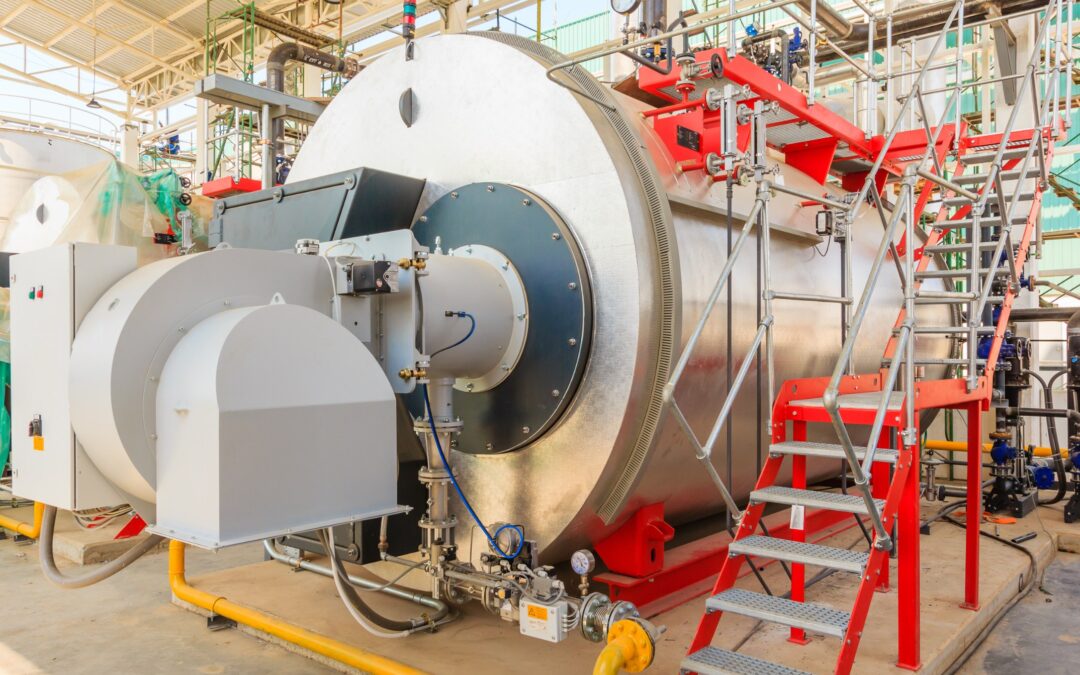 Table of Contents hide
What Is a Boiler?
Who Invented the Boiler?
Early Days
Early Design
How does a steam boiler work?
This boiler uses combustion to raise water’s temperature to its boiling point.
With such method, water is converted into steam for a variety of uses.
Regular inspections and maintenance are essential for a a steam boiler to work trouble-free.
The efficiency of Steam Boilers
Water treatment in the steam boiler system: its significance
What Kinds of Boilers Can You Find?
1. Tube-Fire Boiler
2. Tube-Boiler for Water
Which Fuels Are Used in Boilers?
An Illustration of the Use of Industrial Boilers
Summary
MAINTENANCE AND SAFETY OF BOILERS

What Is a Boiler?

A boiler is a container made of tubes inside which fire is used to convert water into steam. The bill (brick, refractory, insulation, and lagging) components enclose the tube walls, the firebox region, and the surrounding tubes. Depending on whether the boiler is intended to create water, steam, or heat and the industry it is intended to supply, different factors, such as the number and size of the tubes, the kind of fuel, and the overall physical dimensions of the boiler, will change.

The boiler is made up of several parts or functions as a support system for the boiler to produce the intended amount of steam or heat. There are tubes that transport water and steam throughout the system. There are also soot blowers that keep the boiler free of fly ash or dust by blowing steam water or air into the boiler. Burners burn the fuel (oil, gas, coal, or waste); economizers recover heat from the exit gas and pre-heat the water used to make steam. Furthermore, many other similar systems, such as brick, refractory, insulation, and lagging, contribute to the steam boiler’s energy.

Who Invented the Boiler?

It may be disputed who invented the first steam boiler, but most people will concur that George Babcock and Steven Wilcox were two of its pioneers. In 1867, they were the first to receive a patent for their steam-generating boiler design, which utilized tubes inside a firebrick-walled building. In 1891, they established the Babcock & Wilcox Company in New York City. Their initial boilers were tiny, burned lump coal, required manual ignition, and produced very little heat. The enclosure for the unit needed sturdy firebrick walls to aid the combustion process by reflecting heat into the furnace area.

O.C.’s The Stirling Boiler Company Boiler production was also started in 1891 by Barber, who took the name of the Stirling Avenue street the factory stood located in Barberton, Ohio. The H-type boiler, named after the eighth letter in the alphabet, was their seventh Stirling boiler design. It had a brick setting design. The Stirling boiler employed three drums to help the water and steam flow throughout the boiler. Also, it was significantly more popular than the Babcock & Wilcox boiler.

The Stirling Boiler Company and Babcock & Wilcox Company joined in 1907. They gave their boiler a new name—the H-type Stirling—and it quickly rose in popularity at the time thanks to its capacity to generate up to 50,000 pounds of steam per hour.

On the other hand, they weren’t the only boiler producers in the late 1800s. Boilers with a comparable all-brick wall design were also produced by the American Stoker Company and the Grieve Grate Company. To move the fuel (lump coal) around the boiler’s interior, they used a moving or screw-type grate at the bottom of the boiler. The energy was burnt as it passed through the boiler’s interior, and the ash or unburned fuel fell into a hopper. Later, these two businesses merged to establish Combustion Engineering Business in 1912. The newly formed Combustion Engineering Company marketed the Type E stoker boiler as an alternative to the Grieve and American Stoker boilers.

How does a steam boiler work?

Steam boiler comes in various forms but work on the same principles. They both strive to accomplish the same thing and share many fundamental components.

This boiler uses combustion to raise water’s temperature to its boiling point.

Fuel sources are used for combustion. In a tube that is immersed in water, this combustion generates heat. Steam, which circulates through the pipes linked to the outlet and the machinery being heated by the boiler, is the heat rejected by the system. Pressurized steam is produced with the use of a steam boiler system. Industrial steam boilers use this procedure to keep the process temperature constant or provide comfortable heating.

Steam boilers produce a combustion reaction between the fuel and the air to start a flame in the tubes. As we just explained, these tubes are submerged in water, transmitting the heat generated to the water.

For maximum heat transmission via the tube surfaces to the water in the boiler, the hot gasses created by the burner flow back and forth through the lines up to three times. Bubbles of steam will form when the water reaches the saturation temperature necessary for boiling down at the applied pressure. When these bubbles break, the smoke is released into the air above the water as they rise to the water’s surface.

With such method, water is converted into steam for a variety of uses.

The heat from the steam is then transferred to achieve the required results, which causes the moisture to condense back into the water. Condensate is the term for the process of turning steam into water. The steam boiler is subsequently filled with water once more for usage. Then, they are guided by a condensate return line intended for this use. The steam traps may efficiently collect condensate and send it back to the feedwater tank.

Dissolved solids are left behind when water is transformed into steam. For the concentrations in the boiler water to stay within the appropriate ranges, one must remove some of these particles via blowdown.

Regular inspections and maintenance are essential for a a steam boiler to work trouble-free.

They boost efficiency and extend the lifespan of your boiler if you want to get the most out of your steam boiler system. 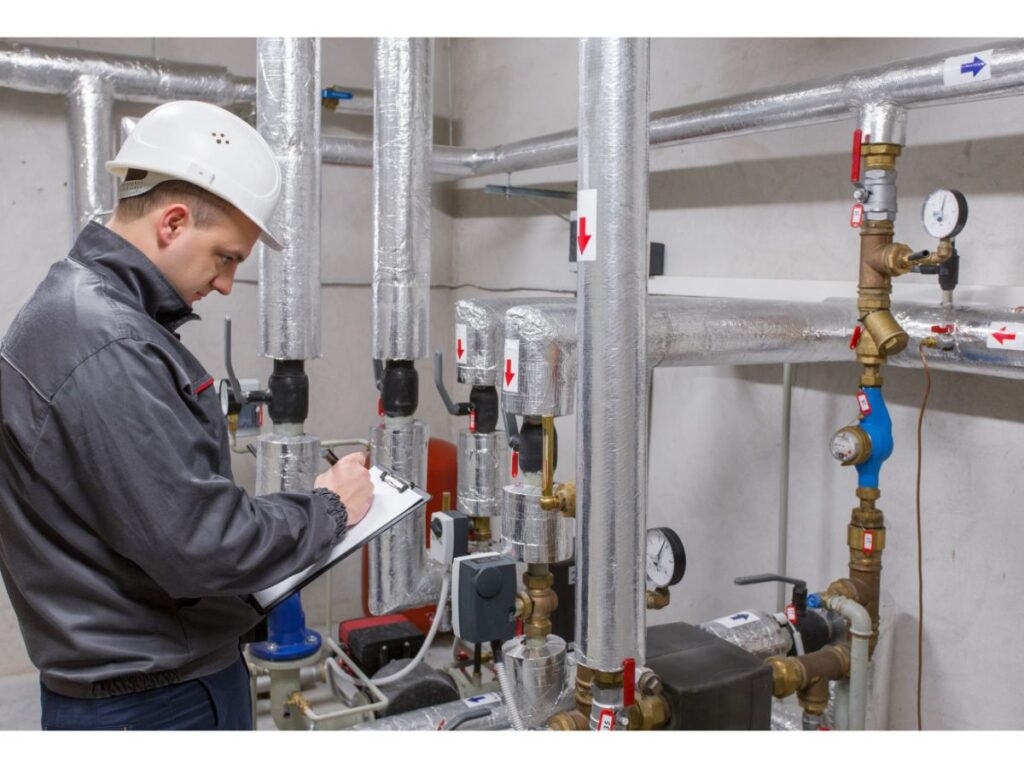 The efficiency of Steam Boilers

Water treatment in the steam boiler system: its significance

The energy required to turn water into steam to work to achieve the desired result is the principal expense associated with the steam boiler system. The entire running expenses of the boiler system might be decreased by implementing a water treatment program. Therefore, you must treat your water properly using chemicals to maintain your boiler’s performance and get the most out of your steam boiler. The naturally dissolved particles in the makeup water might develop corrosion or scale. Thus, they become cancer for your system.

Even a little coating of scale can significantly impact and reduce the heat transfer process’s efficiency. Additionally, it raises the price of fuel, causing you to spend more money than necessary. This method maximizes water usage without having to worry about corrosion or scale by keeping the concentrations of dissolved solids below the specified threshold. The proper boiler blowdown method and water treatment may quickly decrease this danger.

What Kinds of Boilers Can You Find?

Boilers come in a variety of varieties and are used for several applications.

What sort of heating system you require and what fuel your boiler will utilize are the first two choices you must make about your industrial boiler system. Boilers typically have either a fire-tube or water-tube heating system and can be either dual-fuel or natural gas-powered.

To get familiar with the many types and recognize them accurately, we will go through a few of them, including how each approach may produce heat.

A Fire-Tube boiler typically consists of the following:

The heat from the furnace is carried through the water tank by tubes, and the smokestack vents the heat and gases produced by the heating action to prevent the pressure from continuing to build over the desired level.

In the furnace, the fuel is thus burnt. The tubes transmit the furnace’s heat through the tank’s water. After being heated, the steam is sent downstream.

Fire-tube boilers are often the most affordable because of their relatively basic design. Still, they are typically only suitable for low to medium-pressure applications because of the thickness of the outer shell that contains the water.

After discussing the fire-tube boiler, let’s examine the water-tube boiler.

Although the architecture is somewhat reminiscent of a fire-tube boiler, the furnace warms water tubes inside the furnace rather than fire tubes to heat water in a tank.

Similarly, the water tubes inside the furnace heat up when a fuel source is burnt. Once more, steam is produced and is pushed downstream as the water boils.

Although a water-tube boiler is more complicated to build and the water quality might be a limiting issue, it is more thermally efficient than a fire-tube boiler.

For best results, the water might need to be filtered.

Which Fuels Are Used in Boilers?

Burning a fuel source is the process of combustion. An oxidizing agent, heat, and a fuel supply are required to start a reaction.

The first factor to consider in this situation is the heat source, also known as fuel. Boilers may be built to burn specific energy utilizing various methods.

A boiler’s most crucial component is the fuel, which burns within the boiler to produce heat.

There are a wide variety of sources accessible.

A typical fuel source is a coal. Because coal burns more thoroughly than conventional bricks, it is frequently pulverized to a fine powder for industrial boiler applications.

Electricity may be utilized as a heat source through electrode units or resistance heating coils. Electricity is mostly exclusively used for minor household and commercial needs.

For electrode-type applications to function well, the water must have high conductivity and purity.

Maintenance is also essential for electrode-type applications since arcing between the electrodes may be avoided by cleaning the insulators.

An Illustration of the Use of Industrial Boilers

Boilers may be used for a wide variety of purposes.

They are employed in the food sector. Food must be heated or boiled as it is prepared at different stages of its manufacturing. The brewing of beer is an intriguing use of boilers!

The malt must be crushed and combined with water during the mashing stage of beer making. Before adding the yeast to start the fermentation, this “mash” is cooked using steam for a while. 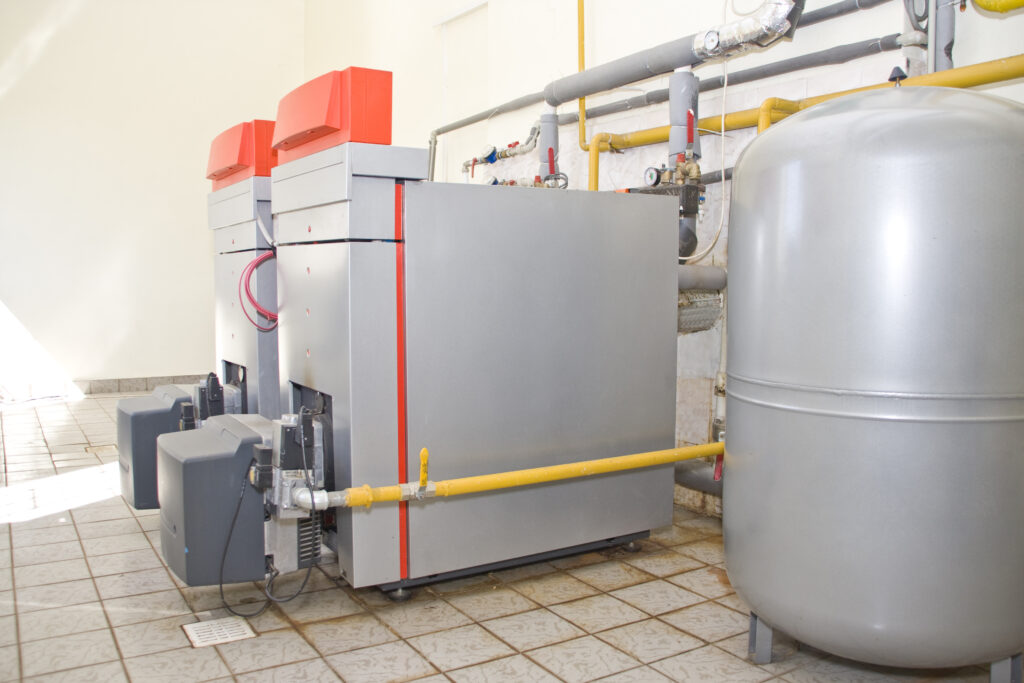 So let’s review a couple of the lessons from this post.

Boilers are an instrumental and significant piece of engineering machinery, not just for us on a household level but also for a commercial and industrial grade.

An energy source is a must-have to produce heat. A reaction can occur when a fuel source, heat, and an oxidizing agent are present. It maintains the heat source.

Steam is created at incredibly high pressures to generate massive energy by heating water tubes and a tank with fire tubes.

MAINTENANCE AND SAFETY OF BOILERS

The safer the operations, the more critical ongoing boiler maintenance is, and the easier the boilers are to maintain, the better. Your top priorities should be whether your boiler system has sufficient monitoring, self-diagnostic, and troubleshooting functions.

Boiler explosions are comparatively uncommon, but they are much less often in water-tube boilers than in those with a fire-tube design. Furthermore, with modular setups, if one boiler malfunctions or becomes overloaded, the other boilers may take over to minimize downtime.